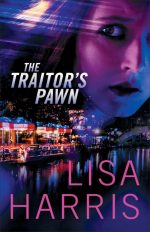 Houston detective Bree Grayson was duck hunting with Senator McKenna, the man who became her father figure when her own father stepped out, when he was shot. She responds to the incident by searching for the suspect but ultimately becoming abducted herself. She narrowly escapes thanks to the help of FBI agent and old childhood friend, Jack Shannon. Jack has always harbored romantic feelings for Bree, but when she started dating his brother, Adam, Jack knew he had to walk away. Adam and Bree never worked out, and now that Jack is back in town and there is a terrorist on the loose, he feels compelled to protect her at all costs. Jack and Bree lean on their faith as they work together to take down a man on the run that has connections to Bree’s complicated past.