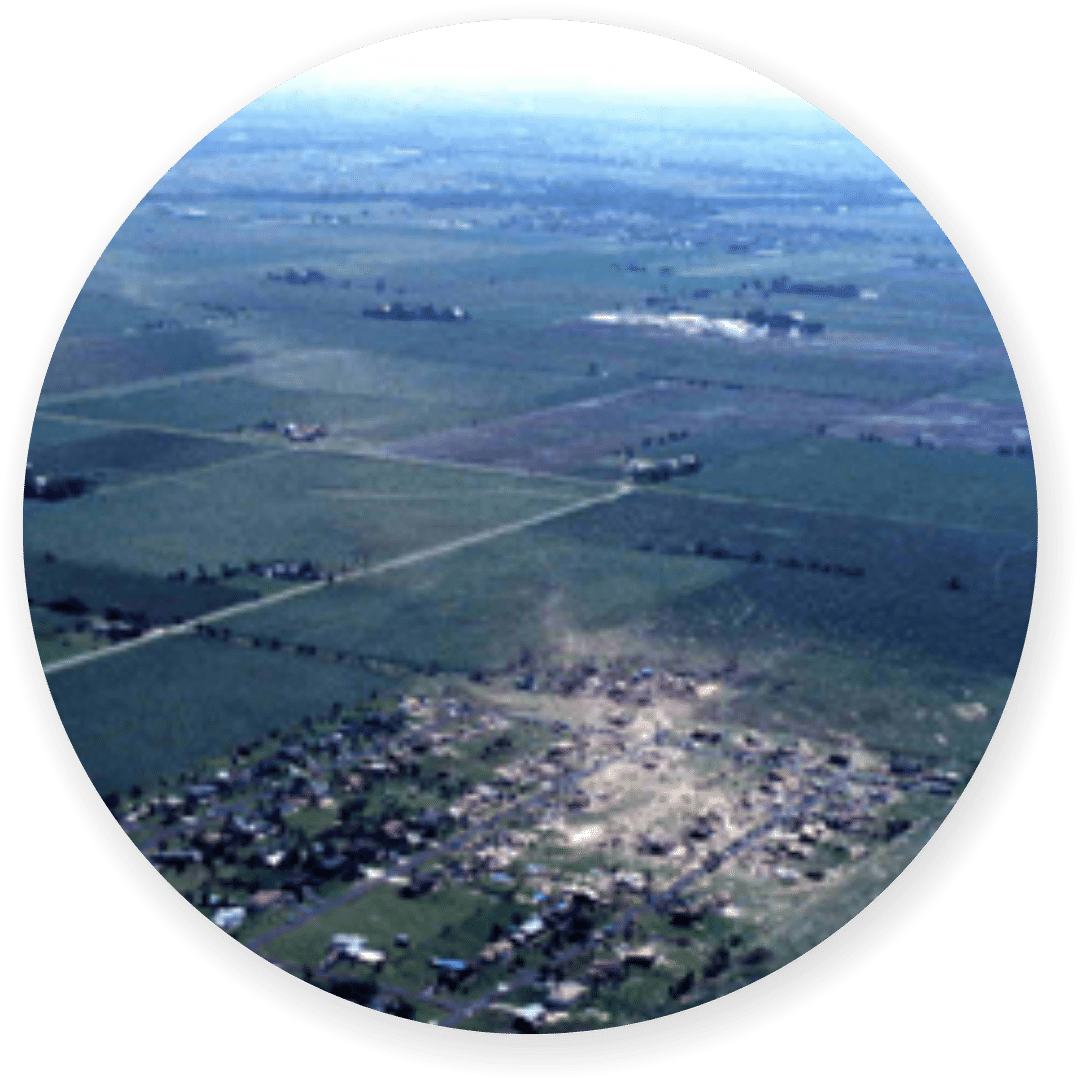 Tornadoes and Plainfield seem to go together. On March 29, 1920 a tornado touched down and destroyed many cribs, sheds, roofs, windmills, chimneys, barns and houses in Plainfield Township. According to reports, several pigs were blown from their pens into the kitchen of a house. When the farmer returned home he found one porker sound asleep atop the kitchen table. One farmer lost his entire orchard.

The Plainfield School District’s administrative building was partially destroyed and the high school gym damaged when a tornado struck the area on June 20, 1974. Five gaping holes were left in the roof of the gym. Damaged also were the band and chorus rooms. Damage to school property was approximately $500,000. Many trees were uprooted in Plainfield Cemetery and flying debris damaged several homes in nearby Highview subdivision.

Friday, April 27, 1984 saw another tornado touch down in Plainfield and Troy Townships. That tornado caused over $1.5 million dollars in damages and injured six people. Most of the serious damage was concentrated in the Lily Cache and Plainsman Terrace subdivisions in Plainfield Township. Approximately 14 homes were completely destroyed and 30 others received extensive damage.

At 3:30 p.m. on August 28, 1990, a seven-mile long and some 700 feet wide tornado struck Will County. The tornado covered 16.4 miles from point of origin to the point where it went airborne over Joliet. The tornado made international news.  Twenty-eight killed, more than 350 injured, destroyed buildings include 1 high school, 1 school administrative office building, 1 public elementary school, 1 parochial grade school, 1 public library branch, 1 Catholic Church, more than 1,000 homes and business either destroyed or severely damaged resulting in over $140 million in property damage begins to describe the worst tornado to strike Will County.

View photos and interviews from the 1990 Plainfield Tornado.

The tornado struck without warning…no sirens to announce its approach. Some of the same subdivisions and even homes that were damaged or destroyed in 1984 were struck again. Together, President George Bush and Illinois Governor James Thompson declared the communities of Plainfield, Crest Hill and parts of Joliet as federal and state disaster areas. Over 180 members of the Illinois National Guard were called out to help with rescue and cleanup efforts. Offers of aid came from as far away as the Soviet Union. The Soviet Embassy in Washington, D.C. offered to send aid in an effort to return the kindness Americans showed to the people in Soviet Armenia after a disastrous earthquake struck the area in 1988.

As for the Plainfield Library, it lost its branch, which was located at 3100 Caton Farm Road in the Grand Prairie Elementary School. Four staff people were in the library at the time the tornado struck but escaped injury. 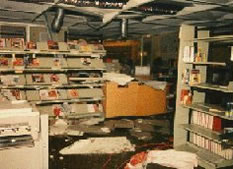 The branch collection of over 12,000 volumes with an estimated value of $200,000 suffered extensive water damage. The hardest hit area of the collection was the juvenile section. Ambient moisture that was absorbed by the books proved to do more damage to the books than the actual tornado. 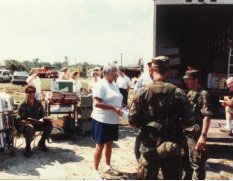 Staff, library trustees and volunteers from the Joliet Library and from the Bur Oak Library System spent two days boxing the collection for transport by refrigerated truck to Atlanta, GA for drying. Refrigeration stopped the growth of mold, mildew and other fungi while the drying process permanently killed any remaining organisms. Over six hundred boxes of books were sent to Atlanta.

Within days after the tornado, the Library started a scrapbook to document the wrath of the tornado. By the tornado’s first anniversary, the Library had collected newspaper and magazine articles as well as pictures to fill five 3-ring binders. The scrapbooks contain articles from two local newspapers, as well as from the Chicago Tribune, The Detroit News, People Magazine, the San Francisco Chronicle, The Age (Melbourne Australia), The Oregonian, the San Diego union plus articles and letters from Raunheim West Germany to name just a few. All the scrapbooks as well as numerous photographs are kept in the Library’s Local History Collection and are available for in-library use. 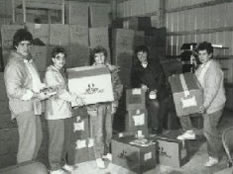 It took just about a year for the Library’s tornado claim to be settled. The claim totaled $84,599.75, of which $19,699.75 was paid to the Library. The remaining $64,900 was paid the M. F. Bank, the book restoration company that processed the book collection in Atlanta. Over 700 books were either destroyed by the tornado or were lost due to homes being damaged or destroyed. 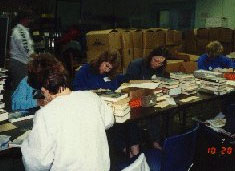 October 20-21, 1990 was designed as “Community Volunteer Days” for the Library. Over 30 volunteers sorted through 350 boxes of books that weekend. Surprisingly, very few books were declared unusable. The staff took the opportunity to barcode the collection in anticipation of going on-line that December. Over the next 15 months, staff sorted through the remaining 130 boxes of books.