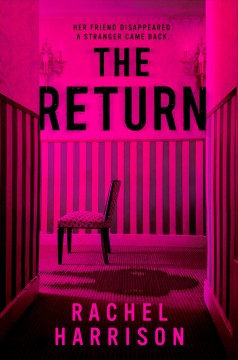 Elise has been drifting through life ever since she dropped out of college to follow her married boyfriend. She really doesn’t know what to do with her life and then her best friend goes missing. Elise, Julie, Mae, and Molly were best friends in college but now live all over the country. Then Julie goes missing and it brings them together again. Two years go by and Julie turns up. She has no memory of the last two years.

The four girls decide to get together at an eclectic hotel that Mae had been at before. Each room has a different theme and Elise isn’t really loving hers. And the room is always cold no matter what temperature it is set at. And then they see Julie. She acts the same but there is something different about her. And she use to be a vegetarian and now she can’t get enough meat. Molly wants to question her but Mae thinks they need to be gentle. But then strange things start to happen at the hotel and Julie keeps getting weirder. What happened to Julie during those two years?

I was so excited to read this book and then I was let down. The premise was good but overall the story could have been better. There were a couple of parts that did scare me.